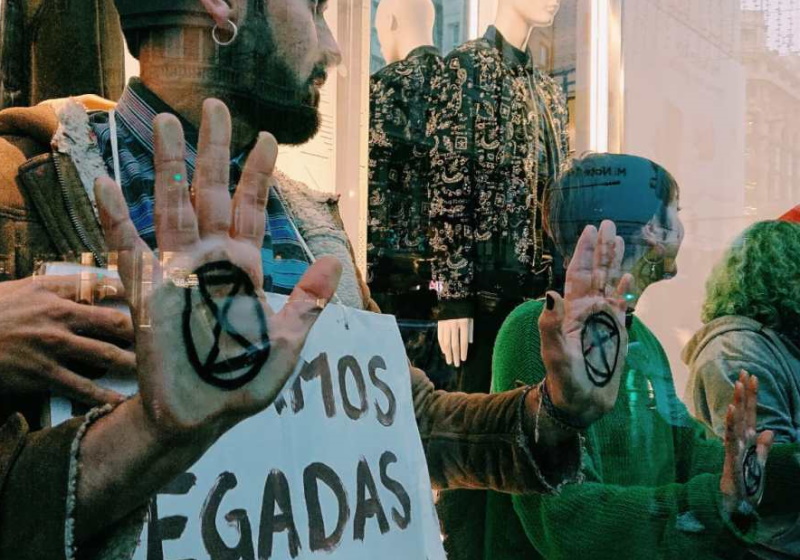 MADRID - Extinction Rebellion (XR) activists glued themselves to the glass store front of a Zara shop in a protest - against greenwashing and carbon emissions in the textile industry - timed to coincide with the United Nations COP25 global climate summit.

Around 30 XR protesters occupied a branch of Zara on Gran Via, one of the city's most important shopping areas, with people glued to the windows inside the store and holding banners saying "We are stuck" and "Green words, toxic truth".

The climate demonstrators say they chose Zara, part of the Inditex group, one of the world’s largest fashion companies – to highlight how it claims major players in the industry are using greenwashing strategies in the face of the climate and ecological emergency.