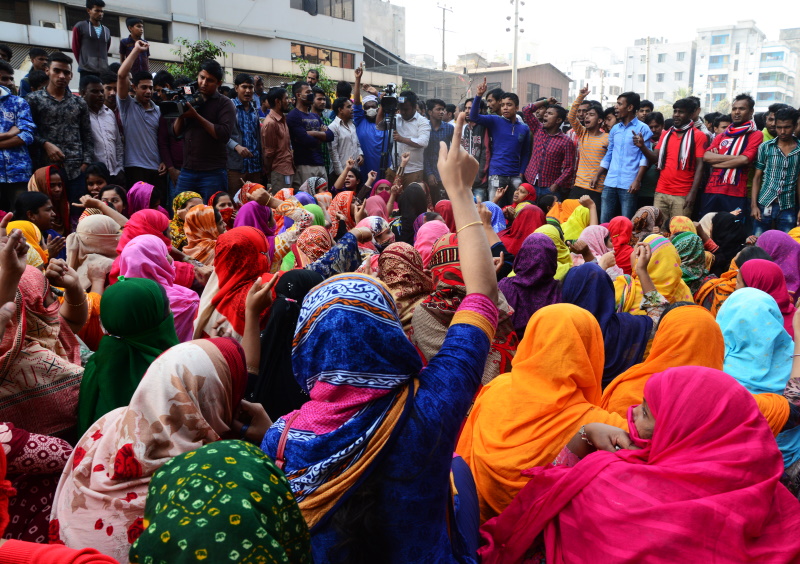 DHAKA - A row has broken out between workers' rights campaigners and factory owners over a recent hike in the minimum wage paid to garment workers in Bangladesh.

The Bangladesh Garment Manufacturers and Exporters Association took exception to a series of social media posts by the Clean Clothes Campaign (CCC) which claimed the increase was the first in five years and amounted to less than half of what the workers had been asking for.

And it added that thousands of workers who had protested at the settlenment had faced "violence, dismissals and legal charges".