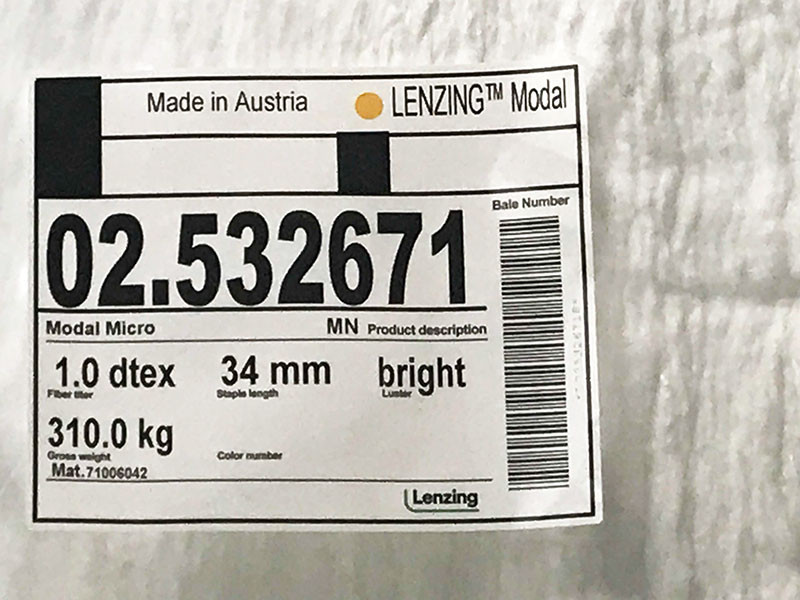 LENZING – A new sustainability report released today by the Lenzing Group says that it’s ‘on track’ to meet all of its sustainability goals and to halve its CO2 emissions by 2030, after having its targets approved by the Science Based Targets Initiative – the first textile fibre supplier to do so.

Running to 137 pages, the Austrian-based supplier of viscose and lyocell fibres says it’s ‘standing up against business as usual’ and details milestones – and risks – that it faces in order to meet its sustainability goals while at the same time ramping up capacity as it looks to become a carbon neutral operation by 2050.

“It’s not easy if you are a company aiming for growth to understand science-based targets without understanding the consequences of your commitment,” Robert van de Kerkhof, Chief Commercial Officer told Ecotextile News prior to the sustainability report’s release. “Because what’s really critical with science-based targets is that you are committing to an absolute reduction in CO2 emissions – even though you are a growth company.”

The release of the new report comes ahead of the “Day of Forests” on March 21, which the FAO (Food and Agricultural Organization of the United Nations) introduced back in the 1970s in response to global deforestation.

In addition to details and risks associated with carbon reductions, Lenzing's report also outlines a range of efforts to scale up the recycled content in its fibres, to expand the use of blockchain for supply chain transparency and reveals its plans to help tackle deforestation and biodiversity loss, while at the same time defending its decision to build a new pulp processing facility in Brazil.