War of words on viscose links to deforestation 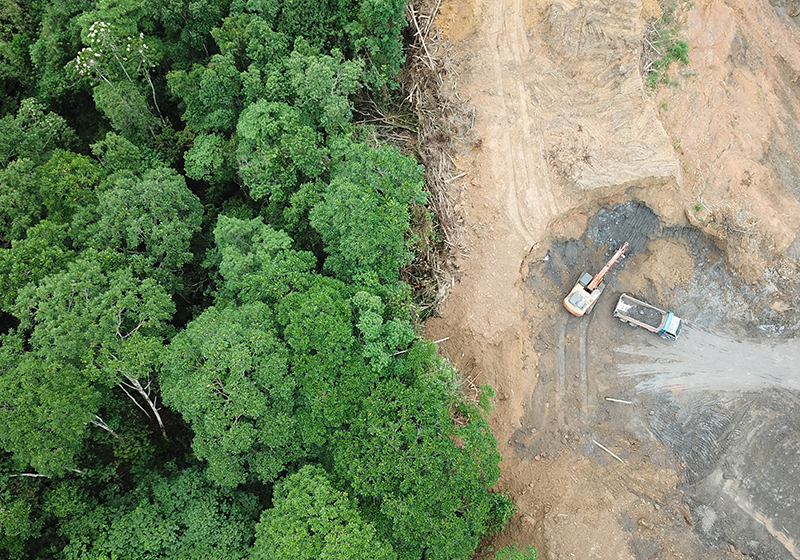 JAKARTA – April Group, the Indonesian sister company of viscose fibre supplier Sateri, has refuted claims that it’s at risk of acquiring vast quantities of wood pulp from deforested peatlands in Borneo, and says claims that satellite images show deforestation on an area of land under concessions from its supplier equivalent to ‘10,000 football pitches’ are “simply not supported by the facts.”

The rebuttal from April, part of the giant Royal Golden Eagle Group based in Singapore, further muddies the waters in what has become a story of claim and counterclaim around using wood pulp from endangered forests and peatlands in south east Asia to make man-made cellulosic fibres such as viscose and lyocell.

“As with all of our fibre suppliers, PT. AHL (Adindo, the company at the centre of the allegations) is subject to an annual internal due diligence process and independent assurance by KPMG as part of our SFMP (Sustainable Forestry Management Report) commitments,” said the April Group.

However, Indonesian NGO Auriga, one of the ten organisations to author the recent report ‘Sustaining Deforestation’ told Ecotextile News in a follow-up interview to our original story last week: “From our perspective, April still has a long way to go before it merits many of the sustainability claims it makes,” according to Syahrul Fitra, Communications Director, Auriga Nusantara. “Our main message to pulp and VSF (viscose staple fibre) buyers is to tell Sateri, Asia Pacific Rayon, and April that they read the NGO report on Adindo and are concerned with the findings.”

Auriga also casts doubt on April’s interpretation of the findings in the KPMG audit of its SFMP.

Meanwhile, Vancouver NGO CanopyStyle has also weighed in on the issue, with Founder and Executive Director Nicole Rycroft noting: “This is a troubling development given that we’re in this turn-around decade for our planet. The days of viscose originating from high-carbon and biodiverse forests need to be firmly behind us.”