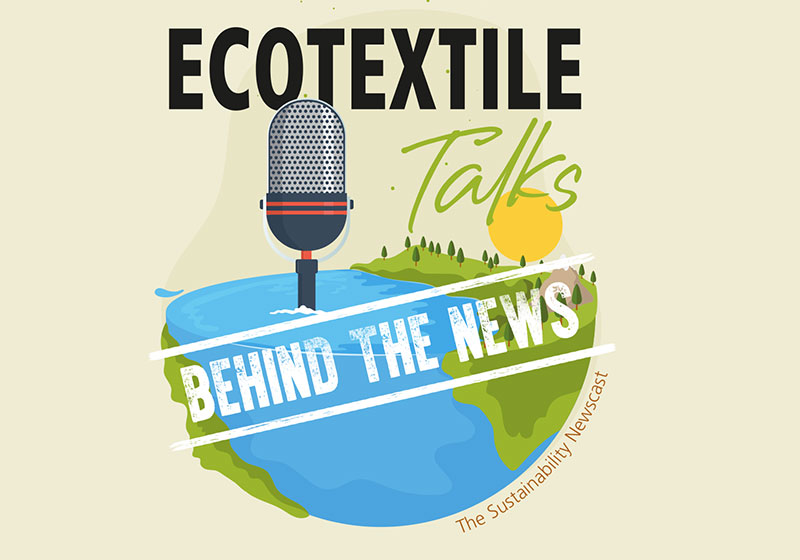 WAKEFIELD – We’ve just released episode two of the new series of Ecotextile Talks ‘behind the news’ broadcasts with our journalists John Mowbray, Simon Glover and Simon Ferrigno who give a round-up of the current situation on allegations of forced labour in the cotton growing region of Xinjiang, China.

Click Here to listen through your browser and/or select the mobile platform of your choice. You can listen to our latest podcast on Apple, Google, Spotify, Deezer and many other mobile platforms.

We’ve recently reported on the allegations of further human rights violations of endemic Uighur populations in the Xinjiang cotton sector after first flagging up this issue back in September 2019.

It’s estimated that Xinjiang supplies 22 per cent of the world’s cotton crop and it’s been claimed that much of this ends up in local supply chains where forced labour is prevalent.

This newscast asks how much of this crop finds its way into global textile and garment supply networks? Does this mean the clothing collections of most brands are therefore somehow tainted with Xinjiang cotton that’s been picked or processed using forced labour? And maybe this situation is being ‘weaponised’ by some politicians as part of the on-going trade war with China in the run-up to the US elections?

Meanwhile, why does the industry rely so much on sourcing raw cotton from this region anyway? After all, there are other alternatives elsewhere in the world.

Our journalists also discuss how textile standards such as the Better Cotton Initiative – which relies on the region of 20 per cent of its cotton – are looking to respond? The BCI suspended all licensees in the region back in March.

So, what’s the way forward for the textile industry? Can it really stop sourcing from Xinjiang when it relies on this region for 20 per cent of a key raw material for clothing?

Ecotextile News cotton specialist correspondent Simon Ferrigno notes: “If brands want to avoid forced labour in their supply chains, they need to source from regions where hired workers are paid decent pay with all the relevant worker protections … but boycotts are not the way forward, because it’s like a bubble, if you press it down in one region it’s been proven to pop up again in another.”

Listen to our newscast here: