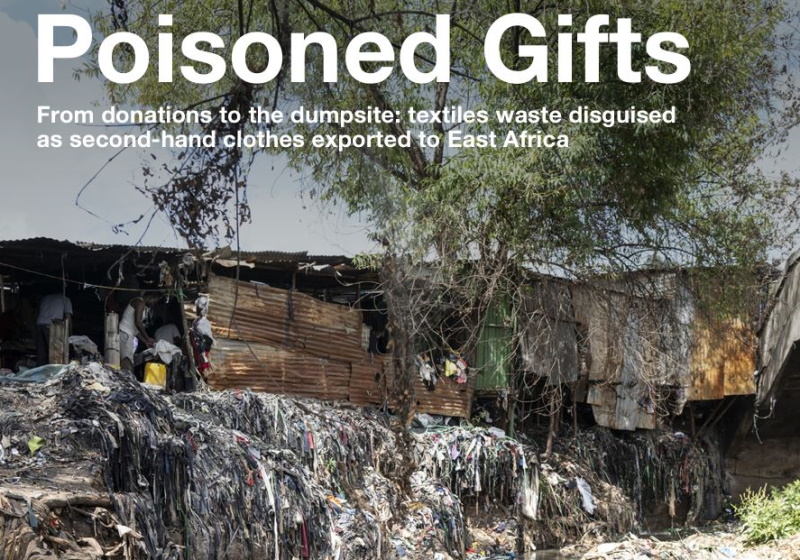 Called 'Poisoned Gifts', the report claims that many of the clothes are of such poor quality they end up on dump sites, burnt on open fires, or dumped in rivers and washed out to the sea.

Activists from Greenpeace Germany say they went to Kenya and Tanzania to witness the problem of imported textile waste in these countries first hand.