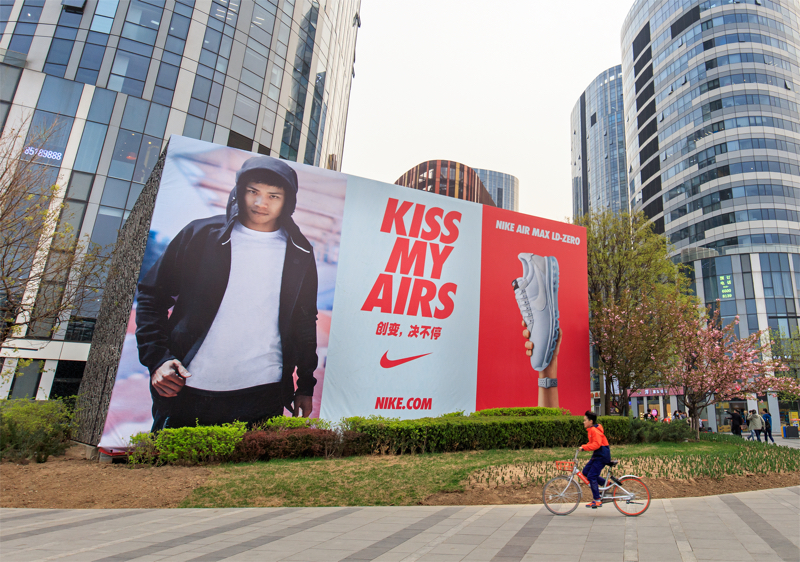 PORTLAND – As directed by the Board of Nike directors, shareholders of the sportswear giant voted on Friday to reject a proposal that would stop it sourcing goods and raw materials from China, as allegations of forced labour and human rights abuses in the cotton-producing region of Xinjiang continue to pile up.

The proposal, which requested Nike "pause the sourcing of cotton and other raw materials from China until the U.S. government Business Advisory is lifted or rescinded," was tabled by New York-based Domini Impact Investments and fellow Nike shareholder Vancity Investment Management, headquartered in Vancouver, Canada.

As well as a major sourcing destination, China is also an important marketplace for Nike, and in a Q&A session at the shareholder meeting, before the results of the vote were revealed, Nike CEO John Donahoe noted, “We’ve been in China for 40 years and it remains an important market with significant growth potential to unlock. Nike has very strong growth equity with Chinese consumers.”

The decision by Nike to continue sourcing in China comes as no real surprise, but it also comes at a time that the EU is set to propose banning products involving forced labour from being sold in the single market under new draft rules set to be unveiled this week.

In fiscal 2022, China represented around US$7.54 billion in sales to Nike – currently around 16 per cent of its total global revenues.