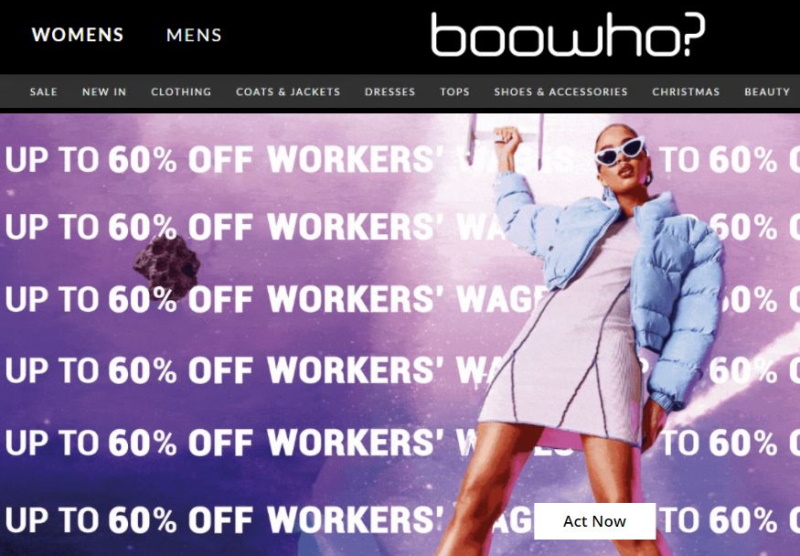 LEICESTER - The Labour Behind the Label initiative has launched 'Black Friday' campaign urging Boohoo to compensate supply chain workers who were paid less than the minimum wage for making its clothes.

The workers' rights non-profit has launched spoof versions of the fast fashion company's website and social media accounts as part of its initiative to put pressure on it to pay workers at its suppliers in Leicester.

It argues that, although the garment workers were not employed directly by Boohoo, the company benefited from them being paid illegally low wages by sourcing cheap garments from their factories.