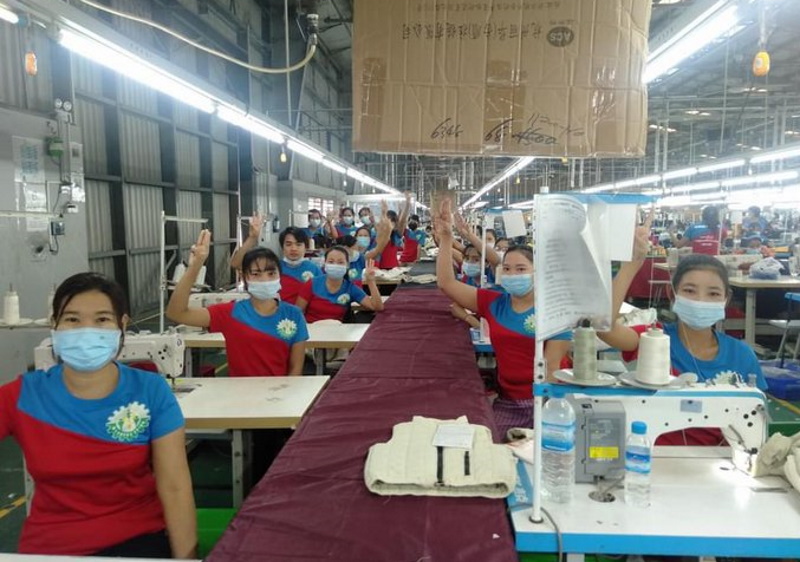 MYANMAR - Garment workers are reportedly at the centre of ongoing protests against the military coup in Myanmar where demonstrators are calling for the restoration of democracy.

Thousands are taking part in a third day of demonstrations in major cities, including the capital Nay Pyi Taw and biggest city Yangon, against the seizing of power by the military.

The Clean Clothes Campaign (CCC), which campaigns for the rights of workers in the fashion and textiles industry, quoted local union activists as saying that garment workers had been staging protests in their factories and on the streets.