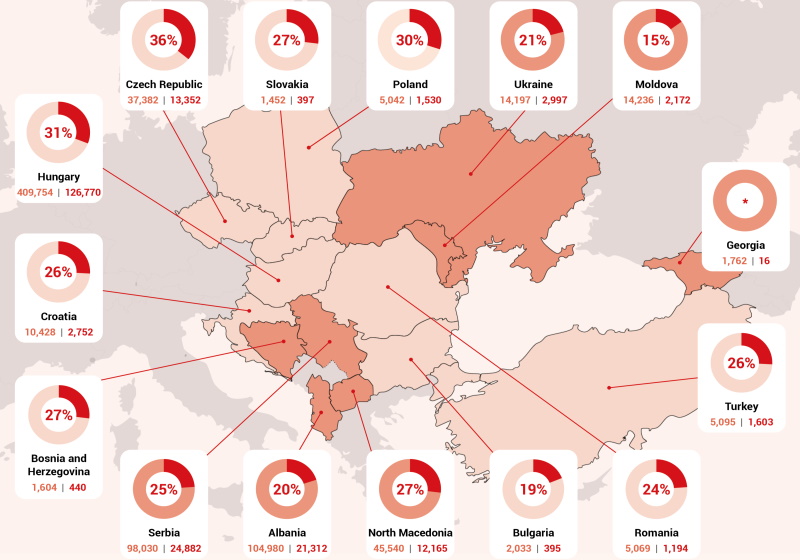 AMSTERDAM - Workers' rights campaigners have drawn up a living wage benchmark which they hope will be used to ensure garment workers in disadvantaged parts of Europe are paid enough to live on.

The Clean Clothes Campaign (CCC) has developed what it calls the 'Europe Floor Wage' - a cross-border living wage benchmark for countries in Central, East and Southeast Europe.

It's intended to show how much workers need to earn to meet basic living costs in 15 European garment production countries - and how much of that amount is provided by the legal minimum wage.