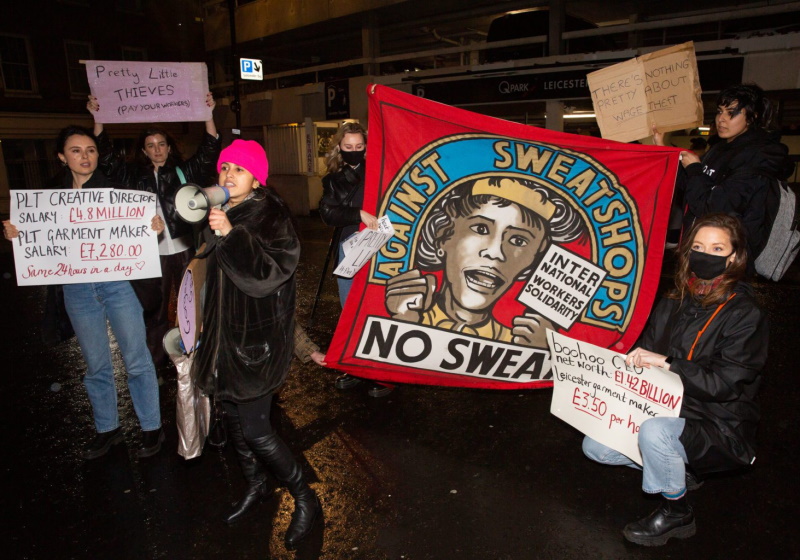 LONDON - Activists have staged a demonstration outside of a fashion show for Boohoo brand PrettyLittleThing in protest at the wages paid to garment workers in the company's supply chain.

The protest was held outside of an event at the Londoner Hotel, the brand's first runway show since 22-year-old Love Island star Molly-Mae Hague was appointed the brand's creative director.

Demonstrators highlighted the difference between Hague's salary and the wages paid to garment workers who work for Boohoo supply factories.