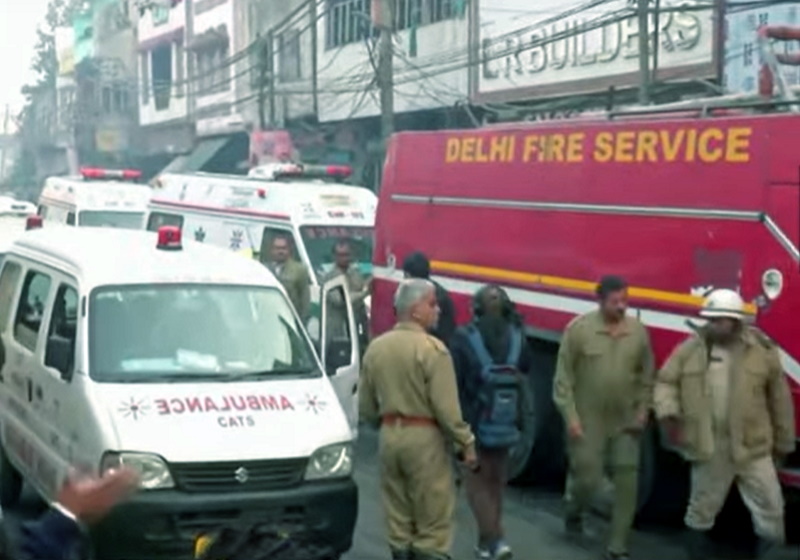 NEW DELHI - At least 43 people have been killed in a fire believed to have been caused by an electrical fault at a garment factory in the Indian capital city of New Delhi.

More than 100 people were reportedly sleeping inside the factory when the fire started near Sadar Bazaar, a large wholesale market, in the old quarter of the city. More than 60 have been rescued.

Police are investigating reports that the building did not have a proper fire licence and was operating illegally as a factory. The owner has been arrested.