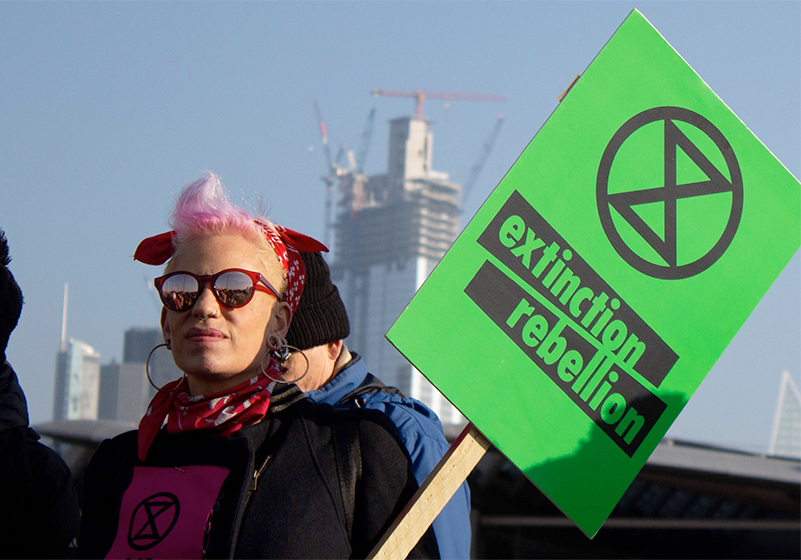 LONDON - The British Fashion Council (BFC) has responded to pressure from Extinction Rebellion (XR) to cancel London Fashion Week in September by saying it recognises that there is a climate emergency and will encourage all businesses to address how they can reduce their negative impact on the planet.

Demonstrators from the global campaign movement blocked roads in London on Saturday as part of their ongoing campaign for the event to be scrapped because of the industry's impact on the environment.

In a letter of reply, BFC’s chief executive Caroline Rush, said the BFC, as an organisation, will use the power of the London Fashion Week (LFW) platform to communicate to both industry and consumers there will be a focus on ‘Positive Change’.