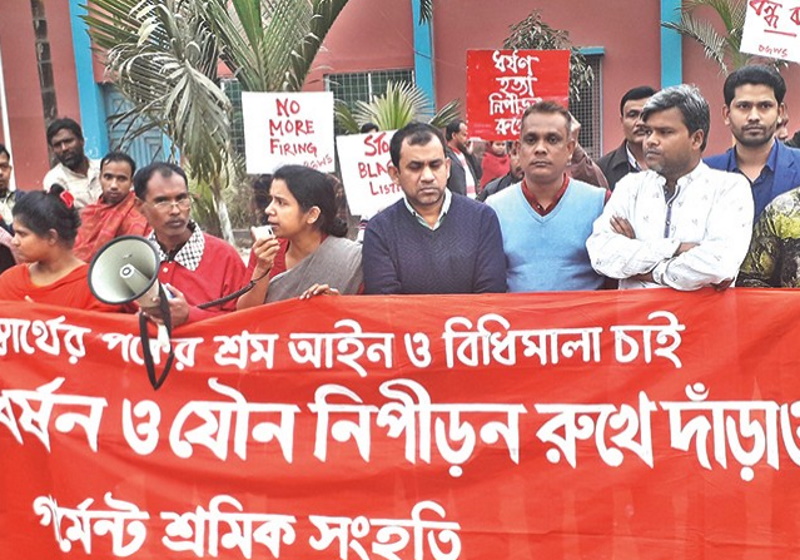 ASHULIA – Bangladeshi garment workers have once again demonstrated at the doors of a press club in the suburban area of Ashulia, demanding anti-harassment committees be established at all apparel sites as the culprits of an alleged rape reported last month are yet to be punished.

On January 17, around 50 members of the workers’ welfare organisation, Bangladesh Garment Sramik Sanghati, formed a human chain outside the Jatiya press club in a mark of solidarity with the female victim and others like her.

“The rape incidents increase due to the culture of impunity,” said Taslima Aktar, chief of the workers' association, at the time. A larger demonstration held today at the same location hopes to influence the creation of anti-harassment committees at all facilities that will safeguard employees from such assaults.